Our President, CEO and Executive 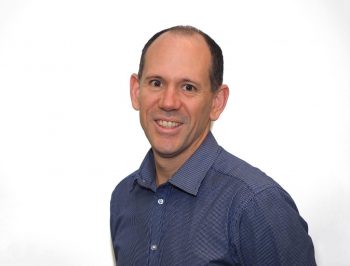 Rod is the head of the Commercial Services team with lawyers, White Cleland. Commencing legal practice in Frankston in 1954, White Cleland now has a team of over 30 staff and also operates offices in Melbourne’s CBD and Rosebud. Rod has decades of experience as a commercial lawyer and is one of the firm’s partners. He has a degree in science and a masters of commercial law, and is both an accredited business law specialist and registered Trade Marks attorney.

Ginevra is the grand-daughter of Frankston’s first mayor, Perc Hosking, who established Hoskings Jewellers in Young Street in 1945. Seventy years later Hoskings remains one of Frankston’s great corporate success stories, boasting 350 employees across Australia in 30 stores, with a turn-over of $46 million. Ginevra is part of the corporate team that manages Hoskings’ Australia-wide operations. With degrees in both Science and Commerce, she has also been a senior manager and strategist in the ANZ bank in Melbourne for the last 16 years, leading significant changes in how the ANZ manages payments and its customer communications across Australia.

Pippa is the CEO of The Sports Injury Clinic — a multidisciplinary and progressive allied health business co-founded in 2004, which employs over 60 allied health professionals and support staff. With a Graduate Certificate in Management and a Masters of Business, Pippa has lectured in Business Management and Human Resource Management. Pippa spent 18 years working in the Government sector prior to establishing her business. She has a passion for supporting the local community that we live in.

Trudy and her husband Russell owned the transport business Tiltaway for 25 years, which ran a fleet of 12 trucks that transported equipment for the construction industry throughout Victoria. They sold their business six years ago. Trudy is a foundation member of Rotary Peninsula 2.0. As a result of her deep involvement in many volunteer organisations throughout the community, she was awarded Frankston’s Volunteer of the Year in 2016 and Frankston City, Citizen of the Year 2022.

Grahame is an engineer and businessman who retired in 2010 from full time employment as an International Business CEO in the commercial refrigeration and air conditioning industries — the last six years of which were based in Europe. He has held non-executive director roles in Australian manufacturing companies and has been past President of the Frankston Rotary Club.

Our Board members (in alphabetical order)

Michael Crowder is a third generation real estate agent from the oldest real estate family in Frankston. He is an experienced fully licensed Estate Agent and Auctioneer and is a partner in Nichols Crowder Property Solutions  — a business employing 60 staff to service the sale, lease and management of commercial and industrial property in the Bayside and Mornington Peninsula regions of Melbourne.

Upali has a Bachelor of Nursing and has worked both in the Public and Private sectors. Upali is committed to improving the quality of life for the people in Frankston. He is an active member of the Frankston Rotary.

Richard Harrington is a registered builder with 10+ years’ experience in construction and business management. He is the managing director of Tambry Construction, a successful company that specialises in the delivery of Design and Construct Projects, Industrial Warehouses, Commercial Buildings and Retail Fitouts within Greater Melbourne and the South East. Located in Carrum Downs, Richard brings a wealth of knowledge to the committee about business operations and industry in the Greater Frankston Region.

John Albiston is the former Principal of Frankston High School, which has a widespread reputation across the southeast of Melbourne as a high-quality provider of secondary education. He has worked in the Greater Frankston region for the last 32 years as a teacher, Leading Teacher, Assistant Principal, Principal and Visiting Psychologist in a variety of Primary, Specialist and Secondary government schools. As the Principal of Frankston High School, he always maintained an active role working with other Frankston and Peninsula Principals to progress regional educational outcomes.

David Anderson is acting CEO and Executive Director of Finance at Peninsula Health. With seven separate hospital facilities, Peninsula Health is the major health care provider in Victoria’s Greater Frankston and Mornington Peninsula regions. Frankston Hospital — the regions’ largest — has 454 beds; is a major provider of acute, secondary and tertiary hospital services; and houses a teaching centre affiliated with both Monash and Deakin Universities.

Fred is CEO of Frankston’s longest corporate success story — Ritchies food and liquor stores. Ritchies first opened its doors on Nepean Hwy in 1870 as a general store. It is now the leading independently-owned, licensed supermarket chain in Australia, with 80 supermarket and liquor stores across the east coast of Australia notching up annual sales greater than $1.1 billion. Starting his career with Ritchies as a school boy selling vegetables he’d grown in his back yard to the then-owner, Barry Cameron, Fred is now recognised throughout the Supermarket and Liquor Industry as one of Australia’s most successful retailers. He is passionate about providing ‘clear points of differences compared to the supermarket chains’ — demonstrated by the large range of specialty foods and outstanding customer service featured at Ritchie’s Mt Eliza and newly-opened Dromana stores.

Ritchie’s Community Benefit program has been a key element of the company’s continued success. To date more than $47 million has been donated back into the community.

An engineer by training, Bob is an expert in governance. He is currently the Independent Chairman of Beverage Williams — an engineering and surveying company with an annual turnover of over $32 million. He is also the immediate past president of the Victorian Civil Construction Industry Alliance, a consumer representative on Victoria’s Building Regulations Advisory Committee and Treasurer of Dial Before You Dig. Prior to his retirement in 2010, Bob was the CEO of the Civil Contractors Federation, the Country Fire Authority, and the Manningham, Knox and Sherbrooke Councils. For more than four decades he has also held key executive positions on numerous not-for-profit boards.

Christine is a lawyer, journalist, and editor. She has been a Law Reform Commissioner in both Victoria and Queensland; an award-winning radio producer and presenter; and co-editor of an international magazine. She has worked across Australia, in Asia, and in England and is now a business woman based in Frankston. She was elected to Frankston City Council in November 2008, elected Mayor in November 2009, and elected to the Board of one of Victoria’s peak local government organizations in February 2011. She was the Chairperson of the working group that established the Committee for Greater Frankston.

Kim is the Executive Manager at Village Baxter where she has worked for the last 17 years. Village Baxter provides high-quality community living for 700 senior members of the Greater Frankston region living in 459 Independent living units, a 60 suite lodge and a 60 suite nursing home spread over 75 acres. Kim has a Bachelor of Nursing degree and has also studied Law, Economics, Accounting, and Politics. She recently completed two post-graduate short courses with Harvard Business School.

Phil Jones has worked in the hospitality industry for 31 years managing hotels in Melbourne, Adelaide, Hobart, Canberra, Sydney, Cairns, and the Whitsundays. For the last 15 years, he and his wife Linda have owned and operated the Frankston International Motel, which currently employs 25 staff. Prior to arriving in Frankston, he was Regional General Manager of the publicly listed hotel company Touraust Corporation, where he was responsible for a personal Business Unit turnover of $40 million.

Dr. Andrew Karamesinis founded Ti-Tree Family Doctors in Mt Eliza in 1990 with his sister, Dr. Marie Karamesinis, to provide quality medical care for families. He graduated in Medicine from Monash University in 1987 and has worked in a variety of hospital and general practice positions before starting his Mt Eliza business. He is a graduate of the Australian Institute of Company Directors, a Non-Executive Director of the Peninsula School, and has a farm in Gippsland.

Rob Morrison is a hospitality veteran of 48 years and has been general manager of Frankston’s RSL since 2006. Under Rob’s management, the Frankston RSL has become a major entertainment venue for Greater Frankston residents and a stand-out performer in the Victorian RSL. In 2015 — the same year as Frankston RSL collected its third award for RSL sub-branch of the year — Rob was inducted into the Victorian RSL Hall of Fame. He is an Honorary Life Member of National RSL.

Felicity was appointed as Chief Executive of Peninsula Health in February 2018.

She has responsibility for leading the development and execution of Peninsula Health’s long-term strategy and organisational goals.

Cameron Rambert and his alternate James Bertschik are founders of the Frankston Foundry — Frankston’s newly formed hub for IT entrepreneurs. Cameron is an entrepreneur and multi-disciplinary marketing strategist with over 10 years of experience in strategy and commercialisation roles at leading Melbourne-based advertising agencies and technology startups. He made the Anthill top 30under30 (recognising the top 30 Australian entrepreneurs under 30 years of age) in 2011. James is a detail-oriented technologist and software engineer who brings over 10 years of experience in software development; networking and security; business operations and events management for government agencies, NGOs and corporate enterprises.