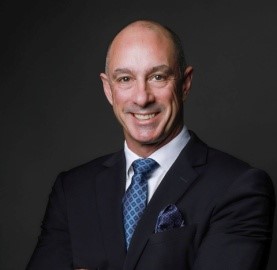 Senator goes in to bat for rail extension

VICTORIAN Liberal Senator David Van says he will champion the Frankston rail extension in his new role as “patron” of Dunkley electorate.

The federally-funded rail extension business case was due to be released by the Victorian government in the first quarter of 2019 and then last month, August, but is now expected at the end of September. It is the first part of a crucial document that will reveal if the state government is committed to building the Frankston to Baxter extension, which has bipartisan federal support. Prime Minister Scott Morrison and Opposition Leader Anthony Albanese and their parties back the project. Both were in Frankston in the lead-up to this year’s federal election, each promising an initial $225 million for the extension if they won government.

Speaking at a “meet the people” lunch at Frankston RSL last Wednesday, 25 September – organised by the Committee for Greater Frankston (C4GF) – Senator Van said the project had first been proposed to the state government in 1929: “It was rejected 90 years ago and it could take up to 10 years to build so I look forward to attending the opening on the 100th anniversary of that particular mistake,” he said. Senator Van said he would ask questions of the state government if the preliminary business case was not released by end September.

Speaking to about 40 people, including Frankston City mayor Michael O’Reilly, newly appointed CEO Phil Cantillon and former MP, now Committee for Mornington Peninsula president Bruce Billson, the senator said he had long had an interest in Frankston – “As an avid cyclist, for example, I’ve ridden up Olivers Hill more times than I care to count” – and had recently been appointed by the Liberal Party as patron of six lower house electorates in the southeast not held by the party. (Labor’s Peta Murphy defeated incumbent Liberal Chris Crewther in Frankston-based Dunkley in May.)

He acknowledged the efforts of the council and community-based groups like the committee in the ongoing reinvigoration of Greater Frankston. “Any group that has job creation as one of its key aims has my support,” he said of the committee’s “Jobs jobs jobs” mantra.
One of his key messages was about the federal government’s role in driving economic foundation projects like the rail extension, which critically underpin local jobs growth.

Turning to the vexed problem of Frankston CBD’s continuing decline (shop vacancies at an all-time high) and the dilapidated state of the precinct, especially parts of the Nepean Highway area, Senator Van said the St Kilda community had faced a low ebb not long ago.
He was co-leader of a successful grassroots campaign to get local and state government support to revitalise the inner bayside suburb and reduce crime and antisocial behaviour. “Getting action to transform a city needs the support of the whole community. Don’t be afraid to call out the problems loudly. Write to your local MPs, not form letters or petitions; call their offices and express support for a particular project; build knowledge of the project in the community,” he said.

Senator Van said City Deals aimed to build highly productive and liveable local cities through partnerships between the three levels of government and the community. A program to build a student town would have a huge impact on Frankston’s future and the southeast region in general. Last year the government instituted City Deals with Western Sydney (including the city’s second international airport), Townsville, Launceston, Darwin, Hobart and Geelong, bringing together governments in exchange for federal infrastructure investment designed to revitalise the cities. Senator Van said he would facilitate members of Infrastructure Australia visiting Frankston and the region as part of City Deals negotiations.

THE Liberal Party’s newest Victorian senator, David Van, will be guest speaker at a lunch organised by Committee for Greater Frankston on Wednesday 25 September. Senator Van has been selected as the Liberal Party patron representing the seat of Dunkley and South East Melbourne.

The departure of former Dunkley federal MP Chris Crewther sees Senator Van take an active interest in Dunkley for the Liberal Party. Mr Crewther was defeated by Labor’s Peta Murphy at the federal election in May. Senators represent Victoria as a whole rather than suburb-based electorates, but are often involved in lower house seats when the party does not have a sitting MP.

Senator Van was the sixth Victorian senator elected at the May federal election, effectively taking the seat from Derryn Hinch. Senator Van’s Liberal senate colleagues are Jane Hume and James Patterson. The state’s three other senators are Raff Ciccone and Jess Walsh (both ALP), and Janet Rice of the Greens.
Before entering Parliament, Senator Van was founder and managing director of South Melbourne-based De Wintern Group, formed in 2003. He worked with clients involved in three royal commissions – the Esso Longford gas explosion, HIH Insurance Group collapse, and the 2009 Victorian bushfires.

Born and raised in bayside suburbs and now a resident of St Kilda, Senator Van has a degree in horticulture. His sporting pursuits include diving, sailing, mountain biking and skiing.

Committee CEO Ginevra Hosking said the lunch, at the Frankston RSL, would be an opportunity for committee members as well as members of the public to hear Senator Van and ask questions. “Now the election dust has settled, our committee is concentrating on continuing our advocacy for major projects committed to and budgeted by the federal Coalition,” she said.

Ms Hosking said these included:
* Extension of the metropolitan, electrified rail line from Frankston to Frankston East, Karingal, Langwarrin and onto the Mornington Peninsula (the federal government has already committed an initial $225 million, about half the cost, but the state government is not yet on board).
*Building a multi-deck car park for 500 commuter vehicles near Frankston train station, 100 short-term places for Frankston CBD shoppers, and expanding Seaford and Kananook station car parks (total cost $56 million: $38.5 million from federal government and $17.5 million from the state government).
*Major road improvements at Carrum Downs (Lathams and Ballarto roads) and the Golf Links Road Project.
*Creation of the National Centre for Healthy Ageing at Frankston, for which the government allocated $32 million in the recent Budget. This national medical research hub is a joint initiative of the federal government, Peninsula Health and Monash University. Plus $10 million for a children’s emergency centre at the hospital.