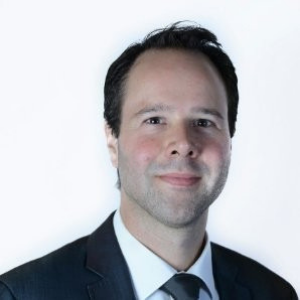 CAPITAL investment in Greater Frankston has stagnated for more than a generation, but a roadmap for future infrastructure investment in Victoria could provide a catalyst for change.

This was one key point from a seminar organised by the Committee for Greater Frankston on Wednesday 1 May with guest speaker Dr Jonathan Spear, executive director of Infrastructure Victoria (IV). IV was formed by the state government in October 2015 to provide independent advice about infrastructure priorities. Its creation had bipartisan parliamentary support.

The organisation’s task is to ensure Victoria has a steady pipeline of projects to meet the state’s short-, medium- and long-term needs. This is partly done with a 30-year strategy recommending new projects (such as road links and health facilities) as well as how existing infrastructure can be better utilised (such as improving rail lines to enable faster and more trains).

In the lead-up to the event, Committee for Greater Frankston chief executive Ginevra Hosking said the existing strategy, produced in 2016, did not recommend any projects in Greater Frankston in the next 30 years. “The word ‘Frankston’ appeared just three times in the 228-page document – twice when the train line was mentioned and once on a map,” she said.

Ms Hosking said the plan would place more emphasis on:

Ms Hosking said one of IV’s just released reports, Southern Metro Region Economic, Social and Environmental report, detailed the region’s economic opportunities and infrastructure needs. The Committee for Greater Frankston was one of the first outside organisations to see the report, an evidence-based document that will form the basis of the 2020 refresh of Victoria’s 30-year infrastructure strategy.

Ms Hosking said the report contained some good news – Frankston was one of just a handful of places in metropolitan Melbourne with affordable housing in an established community with good parks, hospitals, schools and community organisations. “However, the report also shows that Frankston has been suffering from a capital investment drought from both private and public sectors. Recent investment by governments has been well received but has not kept pace with population growth.” She said capital had dried up in the 1980s when private companies based in or operating in Greater Frankston had departed. Retail had declined, too. “We can and should be shouldering much of Melbourne’s population growth, but to make this happen we need to work with all levels of government and bureaucracy to close the deficit in local jobs, workforce productivity and connecting regional transport.”

IV’s profile of southern metro region, prepared by consultants SGS Economics and Planning, reveals the stagnant capital investment in Greater Frankston compared to neighbouring municipalities Greater Dandenong and Casey. “Capital refers to funds for equipment, factories and technology to grow business and in turn support local job growth. High levels of investment indicate a health growing economy as firms allocate more funds to their businesses,” the report stated. “Capital investment in … Greater Dandenong has been the highest within the Southern Metro Region for almost every year between 1996 and 2016. City of Casey has attracted increasing levels of investment each year. Conversely, the Shire of Cardinia, also a growth area, has not outpaced the regional trend. Growth in capital investment has stagnated in … Frankston, which had the lowest level in the Southern Metro Region in 2016.”

Ms Hosking said reviving the local capital investment profile was a prerequisite for “creating jobs, jobs, jobs – one of our mantras – and reducing vulnerability to economic downturns that could be experienced by our region’s workforce”.

When introducing Dr Spear, Ms Hosking said three infrastructure projects mooted in recent times had wide support of the community – the Frankston rail extension project, continued development of industrial estates at Carrum Downs and Seaford and the new jobs being created, and activation and then expansion of the health, research and education precinct based around Frankston Hospital and Monash University’s peninsula campus, which would create new jobs and new biomedical and education businesses.

Dr Spear said he was impressed with the work of the committee. In coming months, IV would consult widely across the state for its 2020 infrastructure report and “we’ll be keen to hear from the committee and other organisations and individuals in Frankston about what you want”. He said a draft report would be released later this year for public comment before the final version was presented to the Parliament about this time next year. Dr Spear said key elements of the report would include transport, land use and infrastructure provision in different development settings.

One perhaps surprising statement by Dr Spear when discussing the growth of Melbourne was that developing a greenfield suburb was two to four times more costly than improving existing suburbs.

He said east–west transport connections needed “a good hard look” as the proposed Frankston rail extension and Suburban Rail Loop would not solve this problem.  It was pointed out that recent state government investment in continuing the duplication of Thompsons Road plus the work due to be done on duplicating Lathams Road/Hall Road had improved east–west vehicle movement, encouraging businesses into the Carrum Downs Industrial precinct.

Asked about the lack of affordable Frankston CBD parking, which was hampering growth, he said the ongoing challenge was getting the right mix of commercial development, parking and transport, including futuristic transport options that were not too far away.

Dr Spear said next steps included more detailed research into land use and transport, commercial and residential density levels, and making better use of existing infrastructure. IV would be looking for advice from local decision-makers to set priorities for the future. “Future investment should closely align with population,” he said.

Now is the time for Frankston to lead the conversation on the strategic infrastructure we require to unleash the potential of our region, and support the population growth coming our way for the next three decades.

It is telling that in Victoria’s 30-year infrastructure strategy the word Frankston appears just 3 times. (Twice in reference to ‘along the Frankston train line’ and once as ‘a place on a map’.) No Frankston infrastructure projects were recommend for funding in the next 30-years. Thankfully this document is due for a badly needed refresh in 2020.