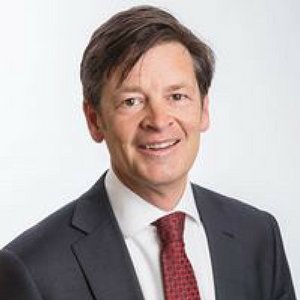 Luke Donnellan covered a range of topics during a speech to more than 40 members and guests of Committee for Greater Frankston at Sandhurst Club on Wednesday 14 March.
He outlined current and proposed road and rail infrastructure projects in the region.
Regarding one of the committee’s main advocacy objectives, duplication of Lathams Rd in Carrum Downs Industrial Estate, Mr Donnellan said the government was giving “heavy consideration” to providing money for the project in this year’s state budget. The proposed upgrade of the Grant Road–Golf Links Road intersection at Somerville also was being considered.

Mr Donnellan spoke about the duplication of Thompsons Road between Dandenong–Frankston Road and Berwick–Cranbourne Road, which would create “an important east–west corridor”; the Mordialloc Bypass linking Mornington Peninsula Freeway to Dingley Bypass; and widening of Monash Freeway between EastLink interchange and Clyde Road at Berwick. He said the proposed 26km North East Link, connecting Metropolitan Ring Road at Greensborough to Eastern Freeway at Bulleen, would allow drivers to access Melbourne’s north and west without driving through the city (EastLink connects to the Eastern).

Mr Donnellan said the government was “focused on rail freight”. The Port Rail Shuttle Network, now at “expressions of interest” stage, would see private companies moving shipping containers by rail from Port of Melbourne to intermodal terminals at Melbourne’s key industrial areas including at Dandenong/Lyndhurst, which would service Frankston and surrounds.

Creating more jobs by having improved transport infrastructure was essential to providing “dignity through work”, he said.
“Regarding the second port, the state government is still finalising its position. The Port of Melbourne will be Victoria’s main terminal for the next 30-40 years and then we will need alternatives.” He was personally “agnostic” about whether a new port should be built at Hastings or Bay West (between Geelong and Werribee).“We’ve preserved access points at both sites. I wouldn’t be surprised if we end up with both ports. “The government won’t be altering the zoning of port-related land in and around Hastings.”

During a Q&A, Mr Donnellan said “we have train lines but not enough people can get to them”. More commuter car parking was needed at stations now but this was a medium-term solution. “Dedicated bus services to stations via activity centres rather than along old routes set years ago is my long-term focus.”
Local politicians at the lunch were state MPs Paul Edbrooke (Frankston) and Sonya Kilkenny (Carrum). Frankston mayor Cr Colin Hampton also attended.

Mr Donnellan will also speak on the strategies being implemented to “future proof shipping and freight movements into and out of the Dandenong South national manufacturing zone” (and consequently Carrum Downs).

COST: $50 for summer lunch and coffee.