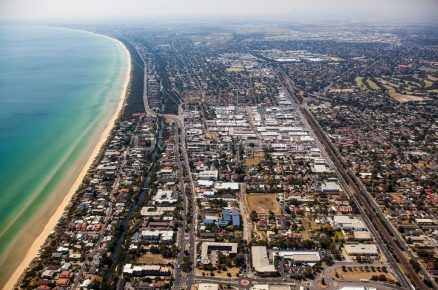 For those of us who are making our lives, or once made our lives, in Melbourne’s outer suburbs, the great political moment has finally come. The people of outer Melbourne now, much more than ever, are going to matter. They are demanding to be heard.

What happened at the federal election in the outer western, northern and most of the south-eastern suburbs was the first big tremor before an earthquake. Having dutifully returned Labor candidates with big margins for years, they’re on the way to rendering their seats marginal.

A significant large number of blue-collar voters – especially those without a tertiary education – split off from Labor and put a “1” next to the candidates of minor parties and independents. As a result, they might start getting more of what they deserve.

When you hear reports of Labor’s national primary vote falling to an alarming level, it’s because of these former outer-suburban ALP voters making the switch. Seats including Scullin, Lalor, Hotham, Holt and Gorton were once won with more than 50 per cent of primary votes but on May 21, every one of Labor’s 22 seats had to go to preferences.

It’s about time this happened. Many outer suburbanites are demanding something better, they want it now – and fair enough. Having been born and raised in the Frankston-Seaford area decades ago when it was only just joining the suburban sprawl, I get it. When I was growing up on what had been a bush block in the 1960s, we waited 10 years for the neighbourhood’s roads to be fully paved and to be connected to the sewerage system. Waiting was what you did.

All too frequently, low expectations lead to low outcomes. That was the case where I grew up. I wouldn’t change a thing about my upbringing. It’s what made me. But it was definitely the case that where I grew up many people couldn’t see the political system meeting their aspirations and delivering what they needed from government to improve their lives, such as good, high-performing local state schools. Not much has changed.

So why are the voters in these suburbs now changing allegiances? It starts with Melbourne’s record population growth in the years leading up to the pandemic. New arrivals and young couples looking to set up a household needed somewhere to live – somewhere they could afford. That meant setting themselves up on the new urban fringes where land is the cheapest. But they also needed services. Australia’s property developers and layers of government have in the post-war era made an art form of poor planning and tardiness in service connections and delivery.

Choice plays a much larger part in everyday life today than it did when my family was waiting for modern services to reach our house. Back then there was one type of milk, one brand of beer and basically three makes of motor car. Brand loyalty was strong – and that went for political parties, too. Most of the suburban workforce was unionised, and Labor was the natural choice.

Today, why shouldn’t more of us change political brands if it means getting what we need? That’s why the electoral eruption that put local teal independents in once-safe Liberals seats closer to the city could be repeated in the outer suburbs. But unlike the teals, who ran largely on national and global issues, the outer suburban independents would be intensely local, arguing for a better go for their communities.

Are they up to it? Local party structures are often pretty scant in these areas. The Labor Party still operates on the old top-down model of carving up seats along factional lines, disregarding genuine homegrown candidates that might be on offer in favour of whoever’s top of the pops among the various faction chiefs. In doing so, they are asking to be punished at the ballot box.

It’s been fascinating to see various Liberals urging their party to shift focus from the wealthy suburbs to the less well-accommodated outer areas, as if it’s like updating your wardrobe. Do the parties have the capacity to genuinely understand what it’s like to shop, use the roads and public transport, accept the long distances you often have to travel, educate your kids, form neighbourhoods and sporting teams, access entertainment, and develop a sense of economic and physical security in these places?

I long ago moved to the inner city to be close to work. The suburb I live in is overstuffed with public tram and train options, parkland and every type of shop and service, all within easy walking distance. A local controversy centres on a recent profusion of new bike lanes on our streets and roads, gumming up vehicular traffic while few cyclists seem to use them. The intensity of the debate is something to behold. My Frankston self wonders what to make of it. All too often we don’t appreciate what we have.

The following comment was submitted in response to The Age article above.

Shaun Carney, We couldn’t have said it better.

My grandfather was the Frankston mayor who went “cap in hand” to Canberra to secure a loan for the well overdue sewerage system you mentioned after the Victorian government refused to help in the 1960s.

Sadly, that was the last major infrastructure program ever rolled out for the Frankston-Seaford area.

Our region’s public transport system has been in decline for decades. One in 20 Melbourne residents, five per cent, now live beyond the end of the Frankston train line.

Frankston’s CBD is little more than an all-day commuter car park because those residents have no other practical way to connect with the metro rail network, while inner-Melbourne residents pine over their free tram zone ending before the Art Centre precinct.

Frankston’s train line business case is simple – extend the train line just 5km, add a metro train station for Monash University’s Peninsula campus and Frankston Hospital, and a dedicated park and ride at Langwarrin for use by commuters from across the whole region. This would relocate the commuter parking so Frankston’s CBD can once again support a thriving community of residents, workers and visitors.

A Victorian parliamentary committee first recommended extending the Frankston line in 1929 – yes, 92 years ago.  In 2020, fixing Frankston’s public transport connectivity was recognised by Infrastructure Australia as a national infrastructure priority that needs to be built in the next five years.

The rail extension already has an initial budgeted $225 million of federal government funds. Yet nothing has happened.

If Frankston’s sewerage system of the 1960s had been rolled out at the same pace as the municipality’s public transport network, guess what we would be standing in?

Outer suburbs like Frankston have been starved of infrastructure funding for decades.  Now it’s time to extend the Frankston train line.