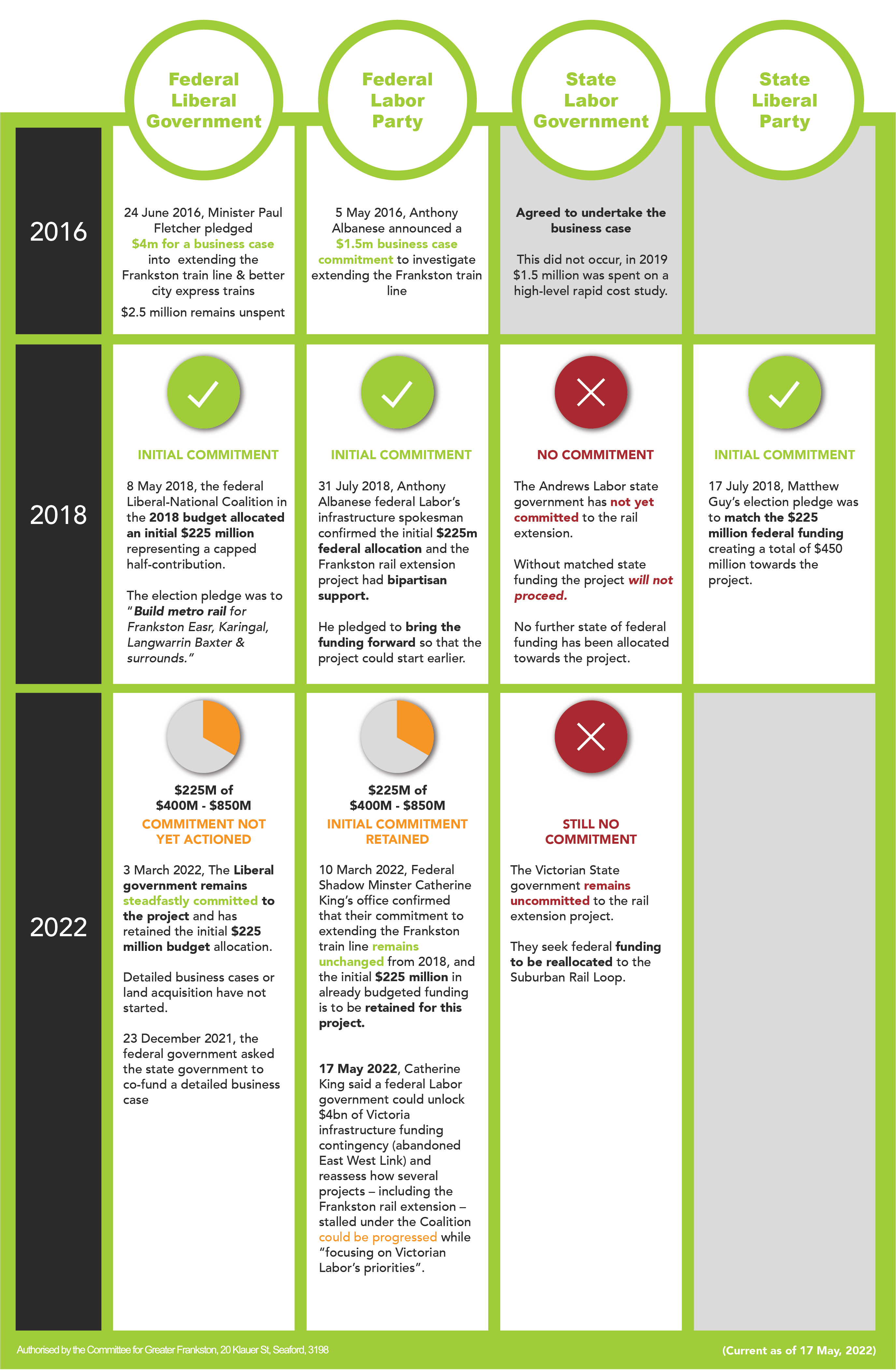 Federal Labor has given the strongest public indication yet that the Frankston rail extension remains on its agenda if it wins government.

Labor appeared to waver earlier in the year when it was reported it would only decide whether to “take on the federal government’s problem projects” – including the Frankston rail extension – if it won the 2022 election.

The Frankston rail project has stalled because it cannot go ahead without Victorian government approval and matching funds. The federal Coalition government allocated an initial $225 million for the extension in its 2019 Budget. At the time, Anthony Albanese, then Labor’s infrastructure spokesman, matched the amount and said Labor wanted to build the extension earlier than the Coalition and would fast-track the funds if elected.

Proponents of the rail extension were dismayed in February at this sign of federal Labor reneging on its strong support for the project.

On Tuesday, Federal Labor hinted at a stronger path forward for the Frankston extension when it announced it would unlock $4 billion of federal funding that was earmarked for the abandoned East West Link project.

Catherine King said the funds would be unlocked and assessed for use on Melbourne’s Suburban Rail Loop stage one as well as several other projects that had stalled under the Coalition including the Frankston to Baxter rail extension; Monash rail extension; and Shepparton bypass “while focusing on Labor’s priorities”.

This week’s public statement by federal Labor is gratifying after C4GF called first on the federal Coalition to keep its 2018 promise to build the extension, and then led a “92 years waiting for a train – Extend the Frankston line” community awareness campaign.

C4GF chief executive Ginevra Hosking said Ms King’s statements “while not yet a firm commitment to fund and deliver the project for our community were welcome words”.

“Federal Labor has reconfirmed the need for Frankston’s rail extension, which Infrastructure Australia listed in 2020 as a nationally significant project that should be built in the next five years, and would provide the backbone of a superior and much-needed public transport network for our city and the adjacent region. We want the Victorian Labor government on board too.”