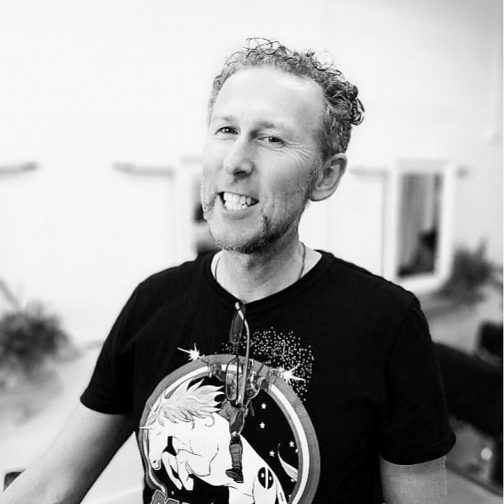 Fresh eyes on public transport in Frankston – that’s what Warwick Smith brings to the table; eyes that confirm many of the priorities for which C4GF has been advocating since its formation in early 2018, like extending the metro train line.

Warwick is a relative newcomer, arriving in 2013 from Sydney, attracted by affordable housing and Frankston’s many advantages. Having worked in real estate, he was astonished at how undervalued properties were in the municipality.

Eight years later he is well embedded in the community: owns a small business, is a member of Rotary Club of Frankston Sunrise, and has made strong connections and friends. He offers many insights from years living and working in Sydney as well as a stint in New York City.

In 2018 he set up Breathe Hair salon in two adjoining empty shops in Wells Street, and was one of Frankston Council’s seven recipients of business grants in 2019. He trained as a hairdresser in Sydney in the 1980s, winning awards and mentoring new talent. Since 2020 he has attracted praise for providing haircut vouchers to disadvantaged people. Seaford-based Mums Supporting Families In Need also has benefited.

Warwick is part of a new wave of traders reinvigorating Frankston’s CBD and C4GF had a chat with him on Wednesday.

“Now don’t make me out to be someone from Sydney telling you how to organise Frankston,” he says right off the bat, with a wide smile.

“My only claim is that seeing how two great cities like Sydney and New York organise their public transport provides a good perspective.”

He has become a vigorous promoter of Frankston but is surprised at the city’s historically negative image. “Gee, this is an amazing place with its beach and foreshore, food outlets and cafes, train station, CBD artwork, great people and more.”

He was surprised at some of Frankton’s public transport anomalies: Langwarrin’s abandoned train station and Leawarra station near Monash Uni languishing on an infrequent diesel train line, for example.

“Based on my years in Sydney and time in New York, it was obvious Frankston needed an extended train line with park and rides for commuters.”

Warwick had independently discovered what locals have been agitating for over many years – improved public transport that would complement or even replace car use. Frankston’s CBD traders know, that the affordable Frankston City car parking is most needed by shoppers, visitors and workers not the people just travelling through.

He said Sydney and New York have massive park and rides where commuters park for free and catch public transport into the metropolis. Fares are cheaper than in Melbourne so encourage wider use.

“Public transport works better in Sydney because it’s had a large population for longer, and governments figured out how to make it work years ago. And catching a bus or train is cheaper than petrol plus freeway tolls.”
His final thought for the day? “We need to make Frankston a destination, not just the gateway of the Mornington Peninsula.”

We agree with that!