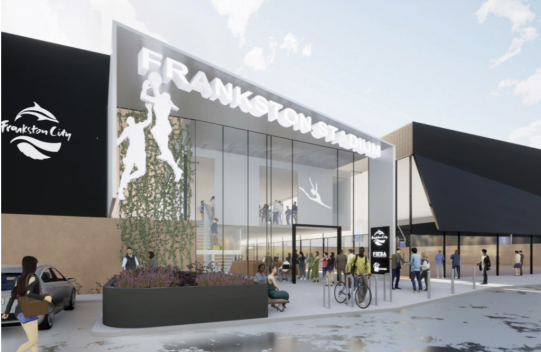 Senator Jane Hume and Dunkley Liberal candidate Sharn Coombes have announced a $15 million budgeted commitment towards the $45 million redevelopment of the Frankston & District Basketball Association stadium.
Ms Coombes stated: “I identified the Frankston Basketball Stadium as a key priority for upgrade in my Local Plan, and after advocating for the project with senior government figures, I’m thrilled that this project has now been funded”.

“Most importantly, this is not an election commitment, this is real money, which will be delivered regardless of the election outcome.”

Ms Murphy acknowledged the important community infrastructure stating: “Over 8000 people regularly participate at the Frankston and District Basketball Association. It’s one of the biggest basketball associations in Australia, and it’s still growing. It will mean new basketball courts, more changerooms and better community spaces. And there’s room for gymnastics too. But best of all, it’ll mean more locals can get involved.”

Association CEO Wayne Holdsworth stated: “This is a wonderful step towards
[our new] $45 million basketball facilities at Bardia Avenue. Our next challenge is to secure the [remaining] funding to match the one-third contribution committed by Council ($15 million).”

Council is also funding $15 million and the project is now seeking a matched contribution from the state government. The federal stadium funding follows the announcement of Kananook Station parking upgrades, which serves both basketball patrons and commuters.