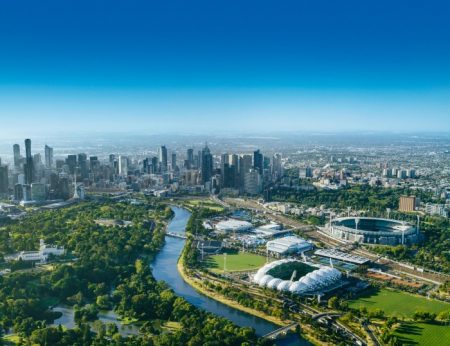 The federal Budget has once again put Victoria on infrastructure rations but it’s the outer suburbs that suffer most, says advocacy group the Committee for Greater Frankston.

Canberra’s $225 million for the proposed Frankston rail line extension remains on the table, but the Victorian government continues to ignore the project.

“While the Coalition government and the state government argue about infrastructure spending on mega projects, there has been no action on a nationally important project Infrastructure Australia listed in 2020 and said should be built in the next five years,” said Ginevra Hosking, the Frankston committee’s CEO.

“The Coalition government has not added one cent to its 2019 initial commitment of $225 million when it promised to build Frankston’s rail extension and the Victorian Labor Government continues to obstruct the project.

Post-Budget it was revealed that Victoria had asked Canberra for “new” money for just two major infrastructure projects – a road in Melbourne’s north and stage one of Suburban Rail Loop from Cheltenham to Box Hill.

“This Budget was a great opportunity for Canberra to fully fund the minimum first stage requirement – a 5km extension to Langwarrin with a new station at Monash University, and a 2000-space park and ride plus bus terminus for Mornington Peninsula commuters,” Ms Hosking said

“Five per cent of Melbourne’s population resides beyond the end of the Frankston line – and the figure grows daily. Mornington Peninsula, Langwarrin, Karingal and Frankston South residents need stations near where they live to connect to Melbourne’s rail network.”

Ms Hosking said there’d been bipartisan federal support for extending the line at the past two federal elections “but not enough money committed to building it. Without additional state and federal government backing, this project will not proceed. Such ineffective civic leadership is not fair on Frankston and Mornington Peninsula residents”.

One bright light in the Budget was $18 million for a 312-space, multi-deck commuter car park near Kananook train station.

It was first promised before the 2019 election but abandoned “so its rebirth is welcome”, Ms Hosking said.

“The council’s Kananook parking strategy is well considered. Commuter parking should first and foremost be built away from Frankston CBD. While only small, this car park serves dual purposes – for commuters on weekdays and basketball patrons on evenings and weekends.

“Inadequate parking has constrained Frankston CBD businesses and caused traffic congestion for years. Since 2015, the cost of all-day parking has soared 296 per cent, often as high as $15 a day – 10 per cent of minimum wage; office vacancies have risen from 14 to 34 per cent; and unaffordable parking and lack of public transport have driven local businesses away.”

The committee asked the main parties’ election candidates in Dunkley for comment.

Dunkley Labor MP Peta Murphy said: “The community is rightly sceptical of the Morrison Government’s promise of the Kananook car park given [its past] broken promise.”

Ms Hosking: “The new car park is a bonus but the rail extension with all its benefits is the main game. We need state and federal governments to put up the funding and make it happen.”

  Where the bloody hell is our train?  Multi-storey car park on the way