Where the bloody hell is our train? 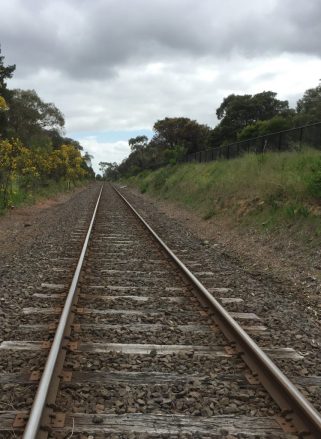 The following story was first published in the April edition of the Mornington Peninsula Magazine.

Politicians will be after your vote again this year – at the federal election in May and in November at the Victorian election.

They might stop you in the street, robocall you on the phone or put a brochure in your hand or letterbox.

If you’re feeling bold, ask them: ‘Where the bloody hell is our train?’

At the past two federal elections, there’s been bipartisan federal support for extending the Frankston train line – a vital project to establish the backbone of our region’s future transport network.

In 2016, both the federal Coalition government and federal Labor promised funding for a detailed business case to be done by the Victorian government. (The network’s a state asset; nothing can progress without state approval.) This document should have been completed regardless of which party won but it wasn’t.

Mid-2018, the Coalition allocated an initial $225 million to kick-off the Frankston rail extension. With the 2019 election looming, federal Labor jumped on board and backed an immediate start to the project. These were not election promises but hard and fast budget commitments.

But the Victorian Labor government refused to okay the project, so the federal funds sat idle. Instead the state produced a farcical study that omitted the project’s economic benefits, and loaded in unreasonable costs: gold-plating intended to scare everyone off.

Ginevra Hosking, CEO of Committee for Greater Frankston, a politically independent advocacy group, says the tactic was “so transparent because the state government had just finished building the South Morang to Mernda extension in Melbourne’s north”.

“It’s the same distance as Frankston to Langwarrin and then on to Baxter – 8km.

“But the Frankston rail extension’s so-called preliminary study claimed that extending 5km to Langwarrin would cost $1.1 billion – nearly double. For this we would get just two stations, one car park and three crossing removals.

“The brutal reality is that six years after its business case was promised – four times longer than it took to build Mernda – the Frankston project doesn’t even have geotechnical studies or engineer’s designs.

“Such ineffective civic leadership is simply not fair on Frankston and Mornington Peninsula residents.

“As we enter the 2022 election cycle, we need functional state and federal leaders who will work together to get transformational infrastructure projects such as this built.”

“A station near Monash Peninsula would have 5000 daily ‘boardings’ and allow six times more students access to the campus.

“Langwarrin station, near Peninsula Link, would service 37,000 residents in Frankston’s east, some of Melbourne’s most car-dependent suburbs. Langwarrin would have a 2000-plus space commuter park and ride for Mornington Peninsula commuters, and a bus interchange to service a catchment of 160,000-plus residents.

Petrol prices are soaring as the world recovers from Covid, Western oilfield exploration is slowing, established wells are ageing, and the Ukraine war has sparked a ban on Russian oil.

“Two unprepared generations are about to learn what ‘oil price shock’ means,” Ms Hosking said. “Catching a train looks very sensible when an average Australian family is spending a record $257 a month on petrol, up $35 from early 2022, according to CBA economists.

“We need efficient, mass public transport to get locals to jobs up the Frankston rail line, off congested roads and home to their families sooner. And our kids will always need to get to study and work.”

Extending Frankston’s electric train was first recommended by a Victorian parliamentary committee in 1929 but refused by state Cabinet. Yes, 92 years ago.

“If only our leaders had shown more foresight in 1929 – which is ironically what future generations will say about our bungling governments of today.”

But all is not lost – on 10 March 2022 the federal Coalition and federal Labor reconfirmed their initial 2018 Frankston extension funding commitment. The Victorian government remains silent still.

Ms Hosking said proof of the two major parties’ resolve would be revealed soon – in the Coalition’s 29 March federal Budget and in Labor’s plans before the May election.

“Cutting through the spin, we’ll soon know if either federal party fully funds their half-share of an extension to Langwarrin at least.

“We will be voting for the next federal government in May and the next state government in November. After 92 years, it is time we asked our leaders: where the bloody hell is our train?

Dunkley and Flinders voters can keep informed before they vote by visiting C4GF’s election promises and funding tracker at C4GF.com.au

The state of play

INITIAL COMMITMENT 2018: 8 May 2018 – the federal Liberal–National Coalition in the 2018 Budget allocated an initial $225 million, representing a capped half-contribution.
The election pledge was to “Build metro rail for Frankston East, Karingal, Langwarrin, Baxter and surrounds”.

INITIAL COMMITMENT RETAINED 2022: 10 March 2022 – federal Shadow Minister for Urban Infrastructure Catherine King’s office confirmed that federal Labor’s commitment to extending the Frankston line remained unchanged from 2018, and the initial $225 million in budgeted funding would be retained. “We will work constructively with the Victorian Government on the business case and next steps.”