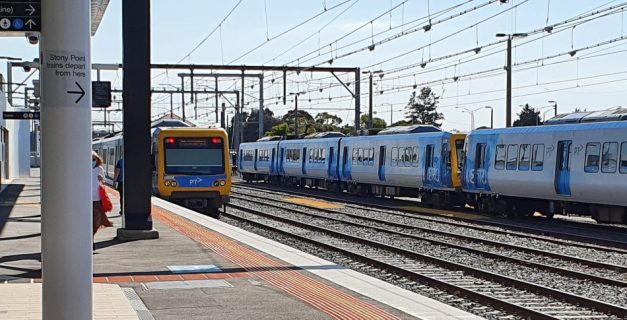 The following comments were published on the 16th of February in response to the Herald Sun articles Benchmarking Melbourne report finds significant number of people not enjoying benefits of city’s liveability and Pain-plagued projects stall as coalition pledges to spend big.

This excellent Committee for Melbourne study confirms what we already know… inadequate investment in outer-suburban public transport has plagued Melbourne for decades.

Ironically, Tom Minear only just wrote on Monday about the stalled Frankston-to-Baxter rail extension. Here is the Committee for Greater Frankston‘s response:Delayed projects? Ha! Frankston rail’s ready to goThe revelation that $13bn of Victorian road and rail projects pledged by the federal Coalition in 2019 have stalled (Herald Sun, 14/2/22) triggers anger and frustration for Frankston residents – because extension of the metro rail line was first recommended by government 92 years ago.Yes, not a misprint: 92 years.In its 2018 Budget, the federal Coalition allocated $225 million to the project – twice confirmed by Scott Morrison when he visited Frankston that year. Soon after, now federal Labor leader Anthony Albanese also committed to the extension in a rare show of unity.Nothing has happened.The Coalition and Victorian Labor government have been playing ducks and drakes ever since, arguing about when and where to build it, hanging their hats on a gold-plated 8km extension to Baxter that will cost $1.1–1.3bn.We’re calling on the governments to stop mucking around and extend the line 5km to Langwarrin – with the cheapest design option costing $400–500 million – to realise public transport, economic and social benefits worth $3.2bn.This section of track is a near-term, national infrastructure priority, puts a station at Monash University’s Frankston campus, allows 37,000 extra residents easy access to metro rail, and would enable building of a commuter park and ride to service 300,000 residents of greater Frankston and Mornington Peninsula.Our community can clearly see this multi-million dollar opportunity being botched. Petty political warfare must cease – state and federal governments, it’s time to act and extend the track.Ginevra Hosking, CEO Committee for Greater Frankston