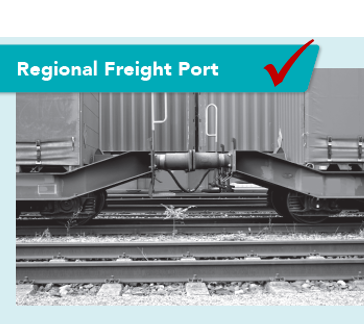 Cost-effective and efficient freight into Carrum Downs and Dandenong is now one step closer after the signing of the Dandenong South Infrastructure Project contract. The development is set to become Melbourne’s biggest rail port, which will transport thousands of import and export containers. The multimillion-dollar investment into rail freight infrastructure from the Federal and Victorian State Government, will connect the Port of Melbourne to our booming manufacturing region and is a long-standing advocacy priority of the Committee for Greater Frankston.

The terminal forms part of the broader Victorian Port Rail Shuttle Network project that aims to ease road congestion. Long-term benefits for the region include;

Founding director of Salta Properties, Sam Tarascio stated “Salta’s new rail freight terminal will provide opportunities for operators to switch freight transport from road to rail. This will ease congestion, reduce costs, and provide greater opportunities for imports and exports in the South-East of Melbourne,”

This jointly funded agreement with Salta properties has brought forward a $28 million investment from the government who has agreed to build a rail spur from the Cranbourne line to the edge of Salta’s Nexus Dandenong South estate. The new intermodal terminal will be constructed by Salta on their estate and is expected to cost around $155 million. The site is already home to Woolworth’s Melbourne South Regional Distribution Centre, Bunnings Regional Distribution Centre and Silk Contract Logistics.

The now conveniently located rail port within our manufacturing region will provide 24/7 access to container trains shuttling to and from the Port of Melbourne. This is a win for our manufacturing industry. The project will bring innovative transport solutions to the area and will continue to attract new tenants to the region.