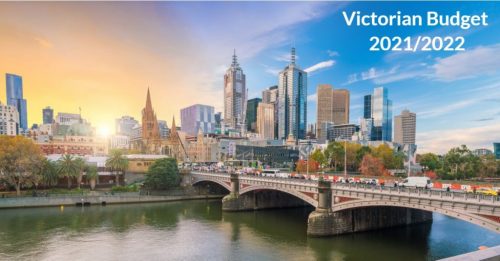 The state government continued its support of Frankston’s health and education sector when the Victorian Budget was released on Thursday last week.

In late 2018, the state government announced it would spend $562 million to build 11-storey twin towers. The additional money is for “emergency department initiatives” including a new mental health and alcohol and other drugs hub, and a new paediatric zone. Also added to the list is a new multi-storey car park.

The now $605 million project will provide 120 beds, more operating theatres, enhanced mental health and oncology services along with expanded maternity and paediatric services, and new initiatives in emergency department care. The tower is scheduled to be completed by late 2024.

The school has a deserved reputation for high-quality education and the Budget boost follows the recent decision to include Frankston’s CBD as part of the school’s zone, which is expected to have a positive impact on new and proposed residential developments in the city centre.

Committee for Greater Frankston CEO Ginevra Hosking said government support for Frankston’s health and education sector was crucial to the economic growth of the municipality as well as the wider southeast and Mornington Peninsula.

“The sector is already leading research in the fields of mental health, social disadvantage and addiction. It is a key driver of Frankston’s vision for a vibrant healthcare, medical research and education precinct. This is where the next generation of doctors, nurses and allied health professionals will be trained,” she said.

The state Budget allocated $264 million to build the first 20 of 50 new local mental health services statewide, one of the recommendations of the Royal Commission into Victoria’s mental health system.

Frankston will be among the first six sites created in 2022.

The so-called “front door to care” program will provide early intervention by connecting people of all ages to professional mental health support with a focus on wellbeing, pathways to more acute treatment and expanded operating hours.

The state government said there would also be a focus on young people, with two streams of care – one for children under 11, and one for young people 12 to 25. Controversially, the full suite of mental health measures costing $3.8 billion will be paid for by a levy on businesses spending more than $10 million in wages per year.