The search for future employment land in Frankston continues 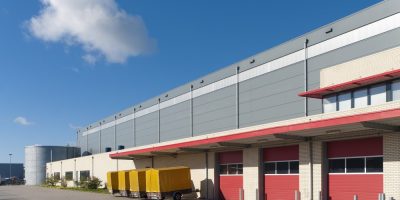 The search for more industrial land in Frankston City is back in focus after the council approved $100,000 in late March for “further strategic work” including creation of an “industrial strategy” in the next financial year.

The funds have been referred to council’s 2021–22 budget.

The proposed new work follows council’s 2019 Industrial Land Strategy Review and subsequent feedback received from the public and the Committee for Greater Frankston.

Land for expansion of large industrial businesses effectively ran out more than a year ago when the last blocks sold in the city’s economic engine room, Carrum Downs Industrial Estate (CDIE).

The municipality’s four other industrial precincts – all smaller than Carrum Downs – also are effectively full with just a few smaller blocks remaining.

Committee CEO Ginevra Hosking told the council at its 29 March meeting that the land shortage was identified in 2016 and quantified by the council’s own survey in 2018. Yet earlier efforts to identify potential sites in 2019 had failed.

“We propose an ecologically sustainable, high-tech business park for the next generation of businesses and their employees,” she said.

Asked if there was a risk of companies moving out of Frankston, Ms Hosking said “it was already happening”. Some businesses needed to leave as they had run out of space. Others might retain a Frankston factory or two, but would find or build new ones outside the municipality.

Asked about the difficulty of redrawing the urban growth boundary, she acknowledged this was true but the council should at least “do the research into an eco-industrial park’s feasibility, as compared to other industrial land options”.

After the meeting, Ms Hosking said it was good to see the issue being taken seriously now. “We’ll be seeking ideas and suggestions from our members at our AGM in May and feeding that into the council’s process.”

She said the committee would also seek written submissions from the general public.