Existing open space on the corner of Evelyn Street and Fletcher Road, Frankston will be transformed into an exciting park for the community to enjoy.

The project is supported by the Victorian Government which provided $1.3 million for the park to be built on the pocket of vacant Council-owned land between the Nepean Highway, the Frankston International Motel and Frankston Police Station.

The gathering space will also feature barbecues, a drinking fountain, bike hoops, a sculpture and references to local Indigenous culture.

Tree planting along Fletcher Road will be extended as part of the project and native and deciduous trees will also be planted within the reserve.

Cr Baker thanked the Victorian Government for contributing to the project through the Suburban Parks Program. Round two funding was announced by Minister for Energy, Environment and Climate Change, Lily D’Ambrosio, on Sunday (24 January).

“Council nominated this project for the program because we knew a park like this would be a tremendous asset for our residents,” Cr Baker said.

“This is a wonderful outcome for the local community and will ensure this open space in the heart of our City, can be enjoyed for many years to come.”

Mr Edbrooke said, “The pandemic has brought into sharp focus the value of open green space in our community and this new park will deliver just that – building on Frankston’s reputation as the lifestyle capital of Victoria”.

“The pandemic proved the value of open and public spaces by ensuring the community, which was in lockdown, was provided opportunities for properly distanced socialising, recreation and contemplative space.”

During his time as a Councillor, Mr Aitken advocated that the Evelyn Street open space be preserved and a park developed. He said fulfilling the potential of green pockets in built up areas was especially important given Melbourne’s current and predicted population growth.

“Green open spaces, particularly in city urban centres, are absolutely precious; they should never be lost and instead preserved for people of all ages to enjoy today and into the future.

“I’m really grateful to Frankston Council for preserving the space and I think the community should acknowledge and applaud the decision.”

During the last financial year, Council engaged a consultant to complete concept designs for the park, with a detailed design process now underway.

The pocket of land at 17-21 Evelyn Street, Frankston was rezoned from a mixed use zone to a public park and recreation zone in November last year, following a public consultation process during which Council did not receive any community objections.

Work on the project is expected to commence in July this year and be completed by the end of February 2022. 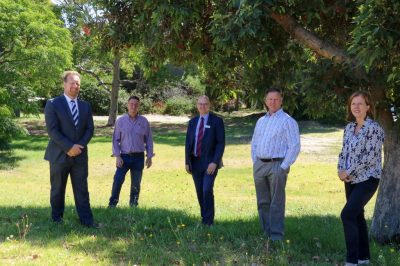