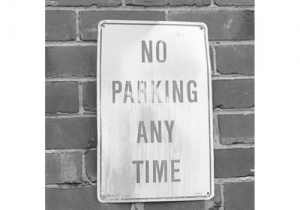 The government’s planning department quietly introduced a raft of changes on 31 July to streamline the so-called Victoria Planning Provisions, the policies and controls on which all land use planning decisions are made.
But key changes mean developers will not have to provide visitor parking for residential buildings within 400 metres of Frankston train station. And car parking ratios (the number of spaces per square metre) for most commercial buildings will be reduced by between 13 and 65 per cent.

Committee chief executive Ginevra Hosking said the lowest car parking ratios will become the new standard.  “Over time, the changes will erode the amount of car parking in the CBD and this will hamper economic growth,” she said. “This is the exact opposite of what Frankston needs and what the community has been asking of the state government – increase parking in Frankston CBD so the revival of the city can continue.
“We are very disappointed but will continue to advocate for more, not less, parking as this is now an economic problem not just one of convenience. “Across the board, traders, businesses, shoppers and visitors are telling us that we won’t fix Frankston’s economy without fixing car parking.”

Committee for Greater Frankston has been vigorously advocating for a change to parking rules that currently treat inner Melbourne suburbs the same as outer suburbs like Frankston. “It’s sensible to reduce car parking for inner-city developments that are well served by public transport and have easy access to shops and services. But the same ‘car parking reduction logic’ is being applied to outer suburban areas with inadequate public transport networks,” Ms Hosking said.

“Cars are an essential part of life for people living in Frankston. “People won’t get out of their cars and use public transport in Greater Frankston until it improves.” Ms Hosking said that in places like Richmond and St Kilda, “a tram passes every seven minutes. In Frankston, Seaford and Carrum, you might have to wait at a bus stop in the cold and rain for up to 40 minutes for a bus”.

Committee vice-president Chris Richards presented the group’s car parking policy to Premier Daniel Andrews in March at a meeting organised by Carrum Labor MP Sonya Kilkenny. The issue was raised with state Treasurer Tim Pallas in May by Ms Hosking, committee president Fred Harrison and board member Grahame Gordon. Planning Minister Richard Wynne has been briefed and has a copy of the policy.

Committee members told the Premier and Treasure that changing clause 52.06 of the Victoria Planning Provisions was essential to “better reflect the parking needs of outer suburbs”. A change in approach to outer suburban car parking would cost the government nothing, but would resonate strongly in municipalities struggling under the pressure of Melbourne’s rapid population growth.

The federal Opposition’s spokesman for infrastructure, transport, cities and regional development said outer suburbs like Frankston needed more car parking. “Federal MPs and Labor candidates for the next federal election had been told at ‘town hall’ meetings across Australia that people are ‘fed up with the car park at their station being completely full early in the morning’,” Mr Albanese said. “It means people are forced to park far away from their train or bus station, or have to drive into the city instead,” he told the lunch at McClelland Gallery in Langwarrin.

Ginevra Hosking said it was good federal Labor recognised the car parking problem but questioned whether it would benefit the Greater Frankston region. “No money has been promised to Frankston yet, and federal Labor’s Park and Ride Fund is a matched funding agreement that depends on contributions from local and state governments. Frankston City Council might not have funds and the state government might not want to do it.”