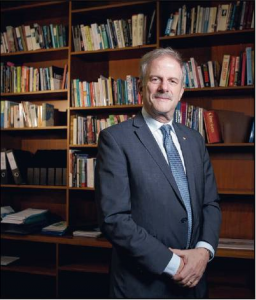 The federal Coalition has pledged $225 million to electrify and duplicate the line to Baxter and State Liberal leader Matthew Guy has vowed to match that figure if the Coalition wins the election. The state Labor Party has backed a business case, but not pledged any money for the project.

He said the university was committed to making the Frankston campus a leading centre of allied healthcare, education and research.  Prof Copolov said this was backed by a $50 million upgrade of the campus including a new $30 million student residence currently being built. The training of paramedics and nurses was particularly important, he said. “Nursing graduates from Monash have employment prospects in the high 90 per cent.”

“Health and education is going to be an increasing focus of activity in the Frankston and peninsula area,” Prof Copolov said.
The growth of the campus would in turn be a catalyst for growth in the region, he said.  “Monash is committed to this campus and wants to see it grow. We think there’s huge scope for development here.”

Rail extension- Letters to the editor: