It’s official — the Committee for Greater Frankston is launched 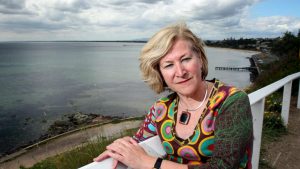 IT’S time to unleash the potential of greater Frankston.

That’s the mantra of the new think tank and advocacy group that will push all levels of government for a better deal for the region.

“It will help this region and those businesses in it to achieve the progress they deserve,” she said.

Ms Richards said the committee, which includes business and community leaders, would lobby hard for funding from governments.

“With all levels of government tightening their budgets, those regions which put forward a well-reasoned, well-researched case are more likely to attract government support than those that are not.”

Ms Hosking said improved transport links to and from the greater Frankston area were essential.

She said support from all levels of government was needed to “change the story” for the region.

“This has to be changed and that’s something we need to do together.”

State Treasurer Tim Pallas attended the group’s launch today at Frankston RSL and praised members for their initiative in setting it up.

“You understand the needs of Frankston and you are prepared to advocate for it. That’s a noble undertaking,” he said.

Mr Pallas added: “The community is only strong if it has strong advocates.”

He noted the Frankston area had about 10,000 businesses that employed 36,000 people.

The committee has flagged advocating for:

* Improved road transport and links such as the duplication of Lathams Rd, Carrum Downs;

* Releasing land to enable industrial estates and Carrum Downs and Somerville to expand;

* Electrification of the Frankston line to Baxter and a new train station near Monash University’s Frankston campus;

* Improving the image of Frankston; and

* Development of a second airport in the south east.

A NEW lobby group wants the business community to come together to call for more federal and state investment in major infrastructure projects across the Frankston region.

Three business breakfast events by the group in Carrum Downs, Langwarrin and Seaford and membership fees from businesses who have joined the committee have contributed a total of $125,000 so the committee could officially launch this month.

The Committee for Greater Frankston identified those suburbs, including Somerville and Mt Eliza in Mornington Peninsula Shire, as having industrial areas and many businesses.

Spokeswoman Christine Richards, a former Frankston councillor and mayor, said the group will not be affiliated with any political party and will focus on “the big picture” and make business case submissions to the state and federal government for funding when feedback is being sought about major infrastructure projects.

“It is about growing jobs, improving education opportunities, growing the economy and strengthening investment into the region,” Ms Richards said.

“This area has been passed over so many times and all the seats at federal and state level are now marginal.”

She said the group will take a long-term view on the future of Frankston and will not be constrained by short-termism around four-year election cycles.

“Council looks after everything from blocked drains to recycling and rubbish and smaller but important issues that council has to deal with day to day,” she said.

She said businesses have welcomed the formation of the committee.

“Business really understand that the strength of Frankston will be for the benefit of everyone in Frankston in terms of jobs and investment.”

The former mayor said she maintains “very good and enduring relationships” with the councillors she served with who are still on council but decided to work “outside council” to devote time to the new business lobby group.

Ginevra Hosking, the granddaughter of Frankston’s first mayor Perc Hosking, who established Hoskings Jewellers in Young St, will be the first CEO of the Committee of Greater Frankston.

Ms Honking has science and commerce degrees and is part of the corporate team that manages Hoskings’ nationwide operations. She is a former senior manager at ANZ Bank.

The committee officially launched its operations at Frankston RSL this month at a luncheon attended by guest speaker Victorian Treasurer Tim Pallas.

The group plans to advocate initially for an airport in Melbourne’s south east, the electrification of the Frankston line to Baxter and the release of land for industrial estates expansion in Carrum Downs and Somerville.